The Mornington Peninsula has over 150km of roadside trails to ride and enjoy. With some of the most breathtaking scenery and places of interest the trail network gives unprecedented access for equestrian, bicycle and pedestrian adventure hunters.

A simply stunning trail network for everyone to enjoy 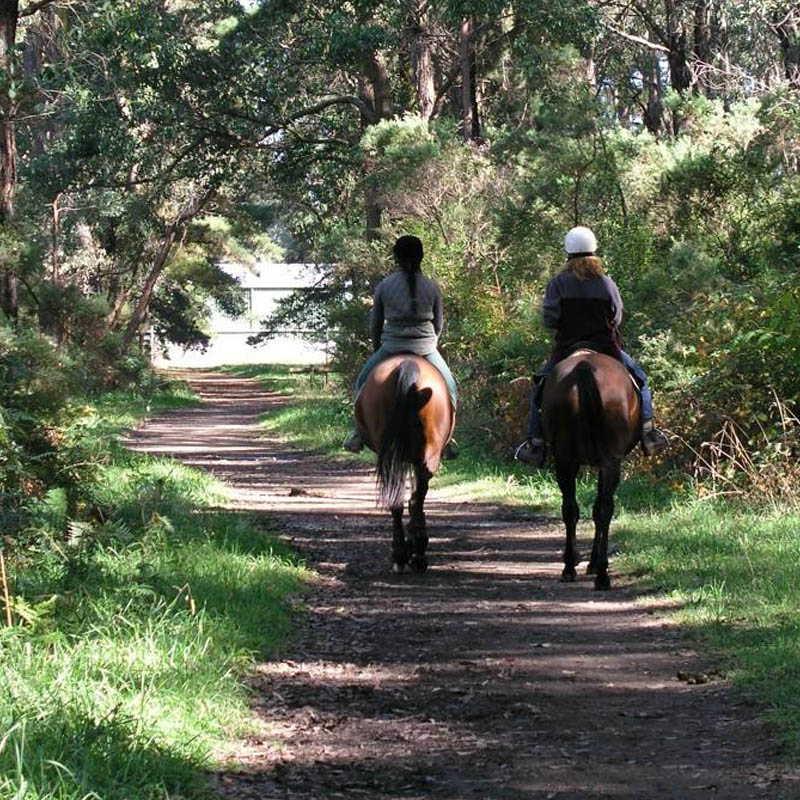 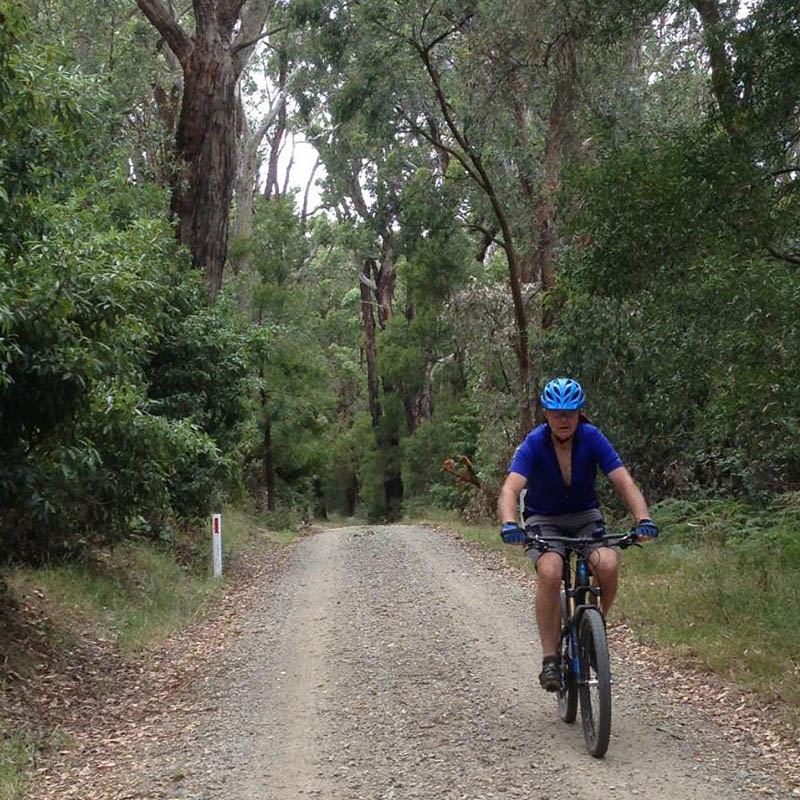 Lycra and good wine are two things that don’t usually appear in the same sentence. But why not? Especially in Australia, where people are not so hung up on formality. With this in mind, I decided to tour some of Australia’s up and coming vineyards by mountain bike, on the Mornington Peninsula south of Melbourne.

The peninsula encloses the south-eastern corner of Port Phillip Bay like a flexed arm. It’s a stretch of coast that has a holiday air about it, but to the east, on the biceps and triceps if you like, is a bulging upland that has a burgeoning reputation for its wines.

I pictured a leisurely wheel-borne meander, sipping from glasses with a hint of berry here and a flinty nuance there. What I hadn’t reckoned on was the influence of a long-standing Aussie friend who had lent me his mountain bike. A member of the local Red Hill Riders, he appointed one of his more fanatical friends to guide me. I met Mark at Arthur’s Seat Park, where the club has built some downhill trails. An eighth of the way down Trail 4, I realised I needed to go warily. Following in Mark’s tracks, I inhaled an aroma of burnt brake pad. But a rhythm soon developed, and we switch-backed through the bush and flew among the trees. 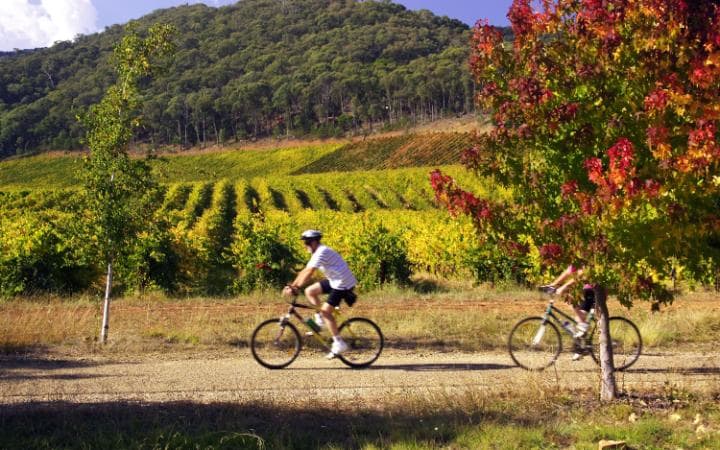